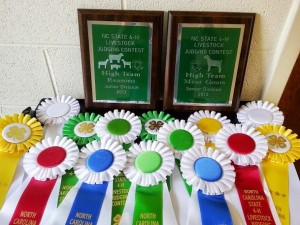 During the Quiz Bowl, teams face off against one another to answer management questions on livestock production. The senior team placed fourth overall in the Quiz Bowl contest.